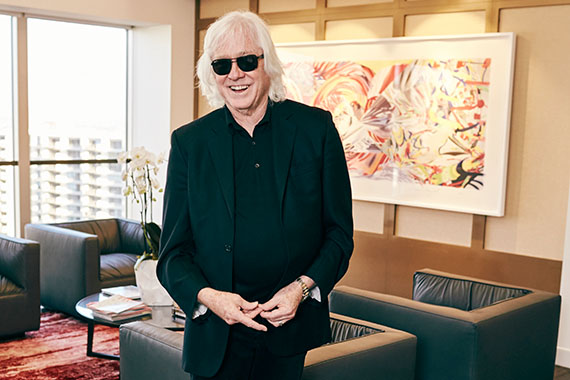 Ernie’s expertise, creativity, experience and enthusiasm are unparalleled in the industry.  Building relationships with clients, both professionally and personally, and working with them for the achievement of their career goals, are a source of great satisfaction for Ernie.  He deeply respects and loves the work of creative people; he thrives on helping them navigate an increasingly complicated environment.  He has always approached business from the perspective of big picture, global thinking but also recognizes the need for practical, efficient solutions.

Ernie has worked in three law firms, putting his stamp on all three.  Soon after he arrived at the first, he became an integral part of that firm’s powerhouse national antitrust litigation group.  Ernie enjoyed great success and invaluable training and experience there.  However, true to his original plan to impact and nurture individual careers and work in the entertainment sector, he made the move to a highly regarded but small entertainment law firm.  It was here where Ernie met two of his current law partners, Nina Shaw and Jean Tanaka.

Nine years later on 1 October 1989, Ernie led the formation of DSMTFL, one of the most respected entertainment law boutiques in the world.  Ernie had clear ideas of what he wanted this law firm to be; it is a source of immense pride for him and his partners that the original vision has been well-served.

Ernie was an early connector of the different media worlds, traditional and new.  While continuing to practice law, he served for 18 years as President of one of the world’s most prominent video game companies.  First concentrating on the building of that business domestically, Ernie then oversaw its international expansion, opening offices throughout Europe and Asia, living abroad for many years to complete that mission. This experience unquestionably enhanced Ernie’s global knowledge base including his familiarity and comfort level when dealing with international business and cultures.

Ernie has represented actors, writers, producers, directors, content creators and executives worldwide as well as clients who work in the new media space.  He has formed and nurtured myriad close relationships with senior executives throughout the media industries globally.  The value of this high level of access, trust and respect from the top of so many companies creates a distinct advantage for clients.

Ernie has always taught and been guided by certain fundamental principles: hard work; a collegial, collaborative, supportive, transparent team culture; and diversity in hiring and advancement.  The legacy of these core beliefs is consistently apparent in the positive culture and success of the law firm and in its reputation universally.