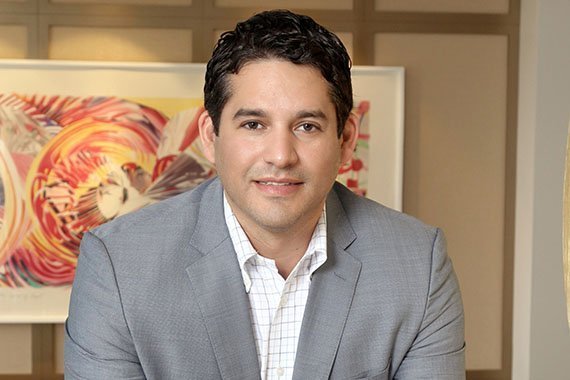 Born in La Paz, Bolivia, Oscar Ramirez moved to the U.S. at the age of seven where he grew up in Southern California.  He is a recent addition to the Del Shaw team and works with international and domestic actors, directors, producers, writers, and entertainment companies in the English- and Spanish-language media marketplaces, alongside partner, Abel Lezcano.   Oscar graduated from the University of California, Irvine, with a B.S. in Biological Sciences with a Specialization in Neurosciences and a B.A. in Psychology.  After graduation, he attended the Boston University School of Law where he concentrated on Intellectual Property Law.   With a keen interest in business, he went to the University of Miami for his MBA and specialized in International Business.  To add to his well-rounded education, he studied Music Affairs at the renowned Berklee College of Music in Boston.

Oscar started his legal career at Telemundo (where he met his wife, Stefanie) as Manager of Business and Legal Affairs and was promoted to Director.  He drafted and negotiated licensing agreements to secure content from international content producers and provided production legal support to produce original content for Telemundo’s myriad of media platforms, such as their broadcast and cable television networks, and digital media group.   Oscar also drafted exclusive talent agreements working with key artists and served as lead counsel managing a full spectrum of agreements for television specials, such as the  Billboard Latin Music Awards and Miss Universe.  In addition, he was the lead counsel for Telemundo Deportes, drafting and negotiating programming agreements for coverage of major sporting events and specials, working with major USA and international sports leagues, such as MLB, NFL, NBA, MMA, CONCACAF, Futbol Liga Mexicana, and FIFA. to acquire coveted sports rights for Spanish-language television.

He is married and has two children- a four-year-old son and three-year-old daughter.”