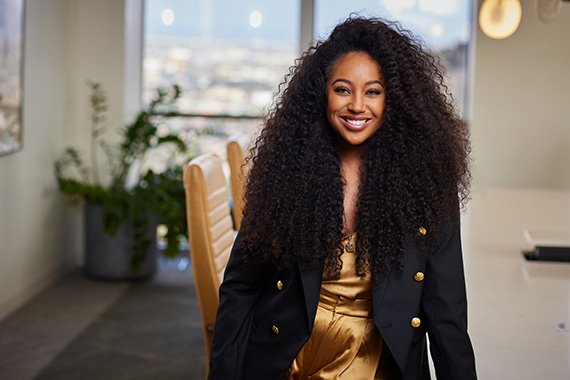 Sloan Whiteside-Munteanu is an associate attorney at the firm, where she represents writers, directors, producers, and on-camera talent. Sloan’s practice additionally aims to amplify the voices of women, people of color, and those in the LGBTQIA+ community.

Sloan focused her studies at Berkeley Law on Critical Race Theory with the goal of utilizing her education to help those who were leading the movement through entertainment. She was Student Body President and nominated by her peers to give the commencement address for the Class of 2016.

Prior to joining the firm, Sloan began her law career at Hirsch Wallerstein Hayum Matlof and Fishman and discovered her love of representing individuals who have historically had their voices silenced and their experiences marginalized. Sloan believes that Hollywood is the greatest secret weapon for effectuating real change in society. She has been featured among The Hollywood Reporter’s List of 35 Rising Executives 35 and Under, where she shared in her interview that having someone who not only represents you but represents your lived experience changes how you create art.

The North Carolina native loves college basketball, all things deep fried, and traveling the world. She resides in Inglewood with her wife and toy Aussie.